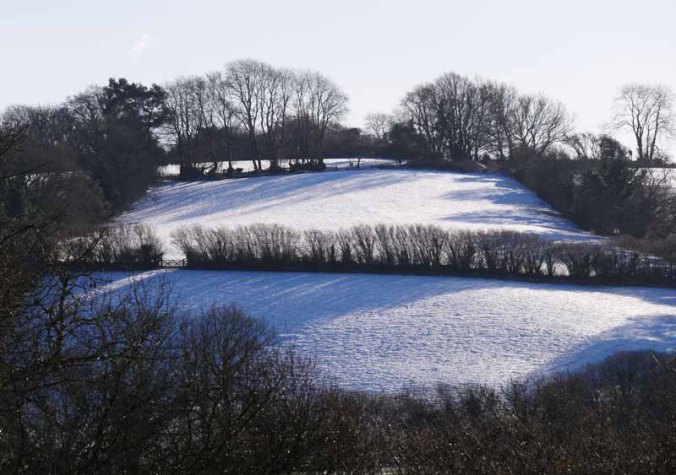 I have a Facebook friend who updated her status with news that she was awarded a Quilter’s Guild commission to make a quilt for a forthcoming exhibition.  Another friend commented that she had entered the same competition and ‘failed’.  My friend responded that ‘You win some and lose some, don’t look on it as a failure’ and went on to say that she’s been lucky to have some good ‘acceptances’ lately, but doesn’t brag about her rejections.

I can relate to that.  It certainly feels different to share when my work has been ‘accepted’.  But, it feels important to share about the rejections also.  I know that when I look at other artist’s websites and blogs, I can start to feel ‘less than’ when I read a whole list of juried exhibitions and awards.  I can further feel that for those artists that it’s an easy road  to having their work recognised by their peers and that perhaps mine isn’t up to snuff.  That’s on a bad day though!

It’s one thing to be an artist-maker and put the time and expertise and creativity into making.  Another facet is to have one’s work exhibited.  Some shows are a shoo-in, where all you do is enter a piece; while other shows are juried, wherein the works are selected by a panel of artists.  My piece ‘Winter Trees Wept’ was selected into Sacred Threads in 2011, which was a huge honour.  I decided that each year I’d enter at least one juried show, just to stretch myself and put my work out there in a different way.

When I started to work on Suncast Shadows late last year, I heard about a juried textile art show in Germany with an entry deadline in February.  I chose that as my goal –  to have the quilt finished, photographed and entered by the end of that month. 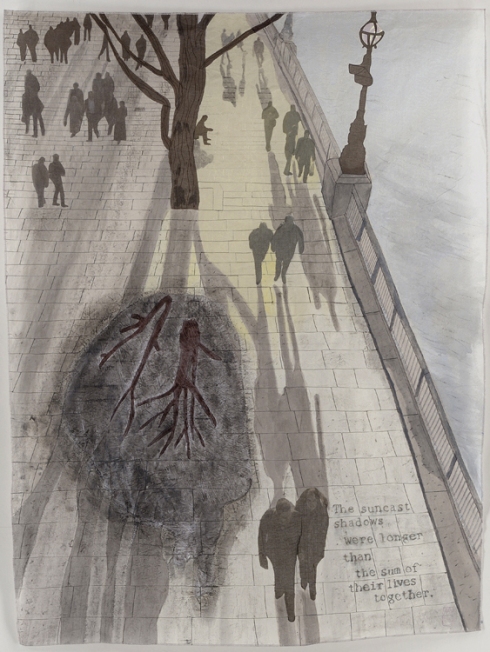 I met my goal and put in a very good application with an A4 photograph, a digital image on CD and a small sample of my work. 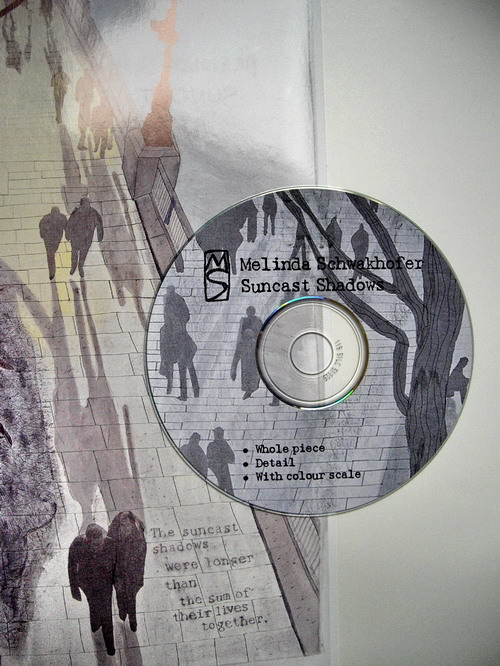 I also had the opportunity to calibrate my printer to my laptop.   I don’t print many photos and was surprised to see how ‘out’ my calibration was.  So that was a good thing.

After and before calibration

Long story short, my piece wasn’t accepted.  I felt disappointed and told a couple of very supportive people at first (who could soothe my ruffled ego and point out that the selection panel must be sight-impaired)!  I had some initial feelings and thoughts along the line of ‘It wasn’t as good as the others (which obviously were chosen)’.  But then I thought about other places I can enter ‘Suncast Shadows’ and how much I enjoyed making so large a piece with new materials and techniques for me.

It brought back to me once again, that the whole point is whether or not I’m happy with my work.  It’s great when it’s accepted and it can feel like a bummer when it’s not, but at the end of the day it doesn’t change the work itself.  As one of my Muses, Diane Arbus, said to her photography students (and here I paraphrase):  “Don’t expect other people to love your work as much as you do”.